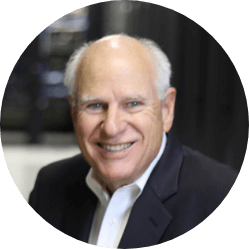 Steve was appointed as Chief Executive Officer in 2008. He is the former chairman and chief executive officer of Inter-Tel, Incorporated, which he founded in 1969. Steve led the Inter-Tel revolution from providing business telephone systems to offering complete managed services and software that help businesses facilitate communication and increase customer service and productivity. Before selling Inter-Tel for nearly $750 million in 2007, Steve grew the business to nearly $500 million in annual revenue.

Steve earned an honorary PhD from California State University – Fullerton and received a Bachelor of Arts in Business Administration in Accounting & Finance from the university in 1969. He has served on boards of numerous community organizations including the Arizona Heart Foundation, Junior Achievement of Arizona, Arizona Museum of Science and Technology and the Arizona State University College of Business Dean’s Council of 100. Committed to education, Steve is involved with the Karl Eller College of Management at the University of Arizona and has served on the advisory board of Junior Achievement of Central Arizona for over 25 years, as well as being a member of the board of directors of the Big Bear High School Education Foundation and is on the Dean’s Advisory Board of CSU-Fullerton.