Following Wednesday’s full day of sessions and a dinner cruise around San Diego Bay, Thursday’s UGM ’21 attendees were treated to a non-traditional keynote — a free-range Q&A.

Based in Boulder, Dave is a California native who did his undergrad at Humboldt State before earning his Master’s Degree in Telecommunications from the University of Colorado. He began his career in the technical organizations of end-user companies prior to starting his own VAR called Buffalo Communications, which he sold in 2010.

Dave typically only attends 20 conferences a year and works with global providers, public and private investors, and other industry participants to provide insights and guidance about the industry and how industry offerings transform enterprise workflow and collaboration. By attending NetSapiens’ UGM for the first time, it’s a real indication that NetSapiens has “arrived.”

“NetSapiens was never on my radar before,” said Dave. “There are three reasons why it is now. One, the company is doing the right things. Two, because of its growth. And three, voice is back. The last few years it was all about video and messaging and the industry stopped talking about voice. But now the industry realizes how important voice conversations are.”

This discussion promised to be lively and centered on the latest Industry news and trends — and how NetSapiens is planning to get to the forefront — and it did not disappoint. Below are a few of the topics discussed in the hour-long event.

Initially, Dave Michels talked about NetSapiens’ competitive advantages and suggested there were a number of “exciting things in [the NetSapiens] portfolio that I think you should be talking about.” He went on to emphasize the importance of our “sessions, not seats” pricing model. “It’s going to be the next big wave and you’re already there.”

When Dave asked Anand and Doug about the topic of platform integration, Anand spoke a bit about the NetSapiens approach being “focused within our ecosystem.” Dave followed up and said, “Anand, did you clearly state, I’m not sure you did, but did you state that integration was going to be accelerated?”

“Yes,” said Anand with a smile and the audience laughed.

Lead with Voice or Video?

Later in the session, Dave asked about NetSapiens’ go-to-market approach, “Should service providers be leading with voice or leading with video?”

Doug responded to the question first, saying, “Voice is still the dominant form of communication. How many times have you been on a video call and everyone has turned off their video? I mean, it’s more common now than it ever has been. I do a lot of video calls and 80% or 90% of people don’t turn on their cameras. So to me, you lead with voice because that’s the way we communicate. And so video is an important aspect of it, but when we’re out there selling, we’re leading with voice. I Facetime with my family, but I’m not Facetiming with business customers.”

Anand followed Doug’s response, saying, “I think it’s context specific. Personally, I’ve gained an appreciation for video the last few years. However, let’s drive choice. I don’t think it’s voice or video first, but it’s collaboration. What context are you in? How do you prefer to communicate? It shouldn’t matter what the other side is communicating in, as long as you can maintain the same productivity and connection with the other side. So again I don’t think it’s a voice or video thing, it’s just collaboration that’s important.”

Dave agreed that voice and video are both very important and that NetSapiens has a “good voice story and a good video story now.”

Next, Dave probed into the NetSapens website messaging. “When I go to a website I see the message — what they say — and then I go find out what they really mean. I want to ask you because I’m having trouble with NetSapiens’ website. You’re talking about two consumption models and two deployment models. Usually when I see that much flexibility and versatility, there’s an underlying message that ‘this is going away, this is more strategic. Move this way!’ Can you clarify your position on that?”

“Sure. Absolutely,” said Anand. “From day one, this has always been about choice. And so, what we believe as this space has evolved is that it is the convergence of different types of service providers. Everyone here comes from a different context. Some come from the data world, some come from the legacy voice world. You could be an MSP or maybe IPBX reseller that’s now going into cloud-based services. So it depends on the resources that you have and how you may want to differentiate. You need different ways to deploy the solution.”

Anand continued, “We’ve had a number of folks say, ‘Boy, we would have gone with SNAPaccel if [NetSapiens] had it right from day one, because we want to focus on running the platform, extending the platform out to our end user. We don’t want to deal with infrastructure. We don’t want to deal with data center work. We don’t want to deal with the hardware and the operating systems. We want to focus our limited resources on a layer above that.’ So in that scenario we’re enabling the community to have a choice. On the flip side, we have some of our customers saying, ‘We do that really, really well. We’ve got a data center. We’ve got IT guys that can handle that. We’ve got dev ops engineers who can handle the infrastructure.’ In that scenario, they want to focus on what their expertise is.”

“So from a deployment standpoint it’s all about choice. We’re not leading anybody to go any [certain] way…At the end of the day, it’s about consuming and choice of platform. Now, the software platform itself is consistent with delivery models…We don’t lean one way or another. It’s a matter of choice. We want people to focus on what they’re good at and then offload what they’re not to us.”

Out of the hot seat into the catbird’s seat 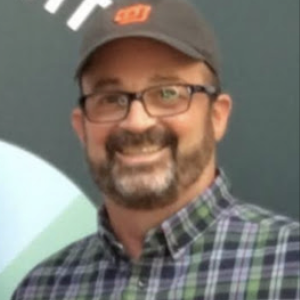 Prior to joining NetSapiens in 2021, Richard spent a couple of decades as a marketing writer for many Silicon Valley high-tech companies, including 8x8, McAfee, Trend Micro, Qualys, ZingBox, and ServiceNow. A blogger, published author, and playwright, Richard spends much of his free time...wait for it... writing!
All Posts 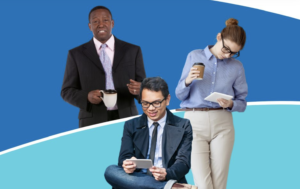 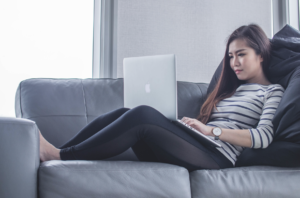